The Lord’s Prayer is a praise sandwich. Okay, maybe a “praise parenthesis.” Envelope? (I’m searching for the best metaphor. Anyone got a good one?)

This prayer begins and ends with praise. In between are the personal requests we make for ourselves.

The Lord’s Prayer begins with a concern for Thy Name, Thy Kingdom, and Thy Will.

It ends with Thy Kingdom, Thy Power, and Thy Glory.

In between, we have Give us, Forgive us, Lead us, and Deliver us.

What could be simpler?

END_OF_DOCUMENT_TOKEN_TO_BE_REPLACED

Nice mention in the Baton Rouge Advocate this week:

(This is our account of a difficult three years in our lives–‘ours’ referring to my wife and me–when we pastored a divided church in North Carolina. The article ran in the Winter 2001 issue of “Leadership,” a publication of Christianity Today.  At the conclusion, we have a few postscripts which may be of interest to some.)

How could I lead a congregation that was as hurt as I was?

My calendar for the summer and beyond was blank. I usually planned my preaching schedule for a full year, but beyond the second Sunday in June–nothing. I had no ideas. I sensed no leading from the Spirit. But it was only January, so I decided to try again in a couple of months. Again, nothing. By then, I suspected the Lord was up to something.

A member of my church had told me the year before, “Don’t die in this town.” I knew what she meant. She didn’t envision Columbus as the peak of my ministry. Columbus was a county-seat town with three universities nearby, and, for Mississippi, cosmopolitan. I felt Columbus, First Baptist, and I were a good match. The church grew. We were comfortable together. My family was settled. Our sons and daughter had completed most of their schooling, and after twelve years, they called Columbus home. My wife, Margaret, and I had weathered a few squalls, but life was good–a little quiet, perhaps even stagnant, but good.

And suddenly I could hear the clock ticking. Did God have something more for me?

First Baptist Church of Charlotte, North Carolina, called in March. I ended my ministry at Columbus the second Sunday of June and began in Charlotte one month later.

After I’d been in Charlotte about a month, the man who chaired their search committee phoned. “I have some people I want you to talk with,” he told me. He picked me up and drove me to the impressive home of one of our members. In the living room were a dozen men, all leaders in the church and in the city. Another man appeared in charge.

“We want to offer you some guidance in pastoring the church,” he said. “There are several issues we feel are important, and we want you to know where we stand.” He outlined their position on the battle between conservatives and moderates for control of our denomination and on the role of women in the church. He wanted women elected as deacons, one item in a full slate of changes he wanted made at the church.

END_OF_DOCUMENT_TOKEN_TO_BE_REPLACED

Via The Baptist Message Online.

NEW ORLEANS – It’s a bold move, but if anyone can pull it off, Joe McKeever can.

Paying off its $290,000 loan in one year at Global Maritime Ministries, Southern Baptists’ port ministry in Southeast Louisiana, is a strategic plan that will launch new avenues of ministry, leaders say.

Philip Vandercook, executive director, said freeing up the $3,000-a-month mortgage payment will provide for more personnel, the center’s greatest need. Up to three new chaplains could be hired with the redirected funds.

Dr. Joe McKeever draws writers and a duck with a message at the Southern Christian Writers Conference in Tuscaloosa, Alabama.

If I could say one thing to young preachers about making their sermons effective, this would be it.

A sermon which lays its points before the people without ever tying them up again at the end fails its audience in a lot of ways. Chiefly, it never lets the congregation see the bigger picture, how the message fits into the larger framework of God’s plan for the world, the Kingdom, and themselves.

With Kessler’s suggestions as our guide, I want to propose three approaches for preachers in crafting more effective closings for sermons.

via Negotiating The Red Zone: Taking Your Sermon To A Successful Conclusion | Preaching.com. 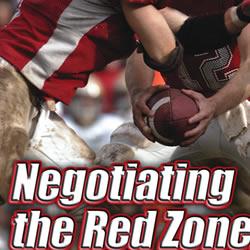 The Baptist Press features a new cartoon every day.

A friend and I have been having an internet discussion about preachers. We both love our preachers, and years ago, I was her pastor, so we have a mutual understanding about a lot of things.

She: “One of the things I’ve enjoyed in our church lately is an enhanced understanding of every phrase of the Lord’s prayer. So much so that I was offended recently at a funeral when the minister asked us to stand and ‘recite’ the Lord’s Prayer. I don’t think it’s something to be recited; it’s something to be prayed diligently!”

She added: “Now don’t go getting the wrong idea. I think that preacher is a delightful person, and I like him very much.”

I said, “Asking someone to ‘recite’ the Lord’s Prayer reminds me of something similar that drives me up the wall. You’ll be in a moving worship service, and the leader will say, ‘Now, let us have a word of prayer,’ or ‘I’m going to ask Bill to lead us in a word of prayer.’ I don’t know why that bothers me so much. I feel like calling out, ‘Hey friend, pray! Don’t just have a ‘word’ of prayer. Go to the Heavenly Father and pray!’ Somehow, it minimizes the importance of prayer, as though we’re all tipping our hats to the Almighty, then going on with the important stuff.”

We branched out to discussing how we preachers sometimes say foolish things without a clue as to how it’s being received. I told her about a recent internet conversation with a friend in North Carolina.

END_OF_DOCUMENT_TOKEN_TO_BE_REPLACED

If anyone on planet Earth needs to pray faithfully and fervently, it’s the pastor. For one thing, this job requires more of you than there is and more time than you have. The person accepting the Lord’s call into the ministry is agreeing to live in a world of unfinished tasks. You are literally being sentenced to live beyond yourself.

It is by its very nature impossible to live this life and do this work in your own strength. You will develop a strong prayer life or you will not survive. It’s as simple as that.